We have several ways of removing the cores following aeration:

Pulverizing the aeration cores instead of removing the entire core:
This involves using a flex harrow drag with the aggressive side up. Following the pulverizing to remove some of the soil from the aeration, the sweeper is often used if the remaining debris will continue to pose a problem. Often times, routine mowing will destroy the core to the point where it will disappear or can be blown off. 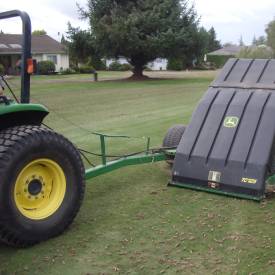 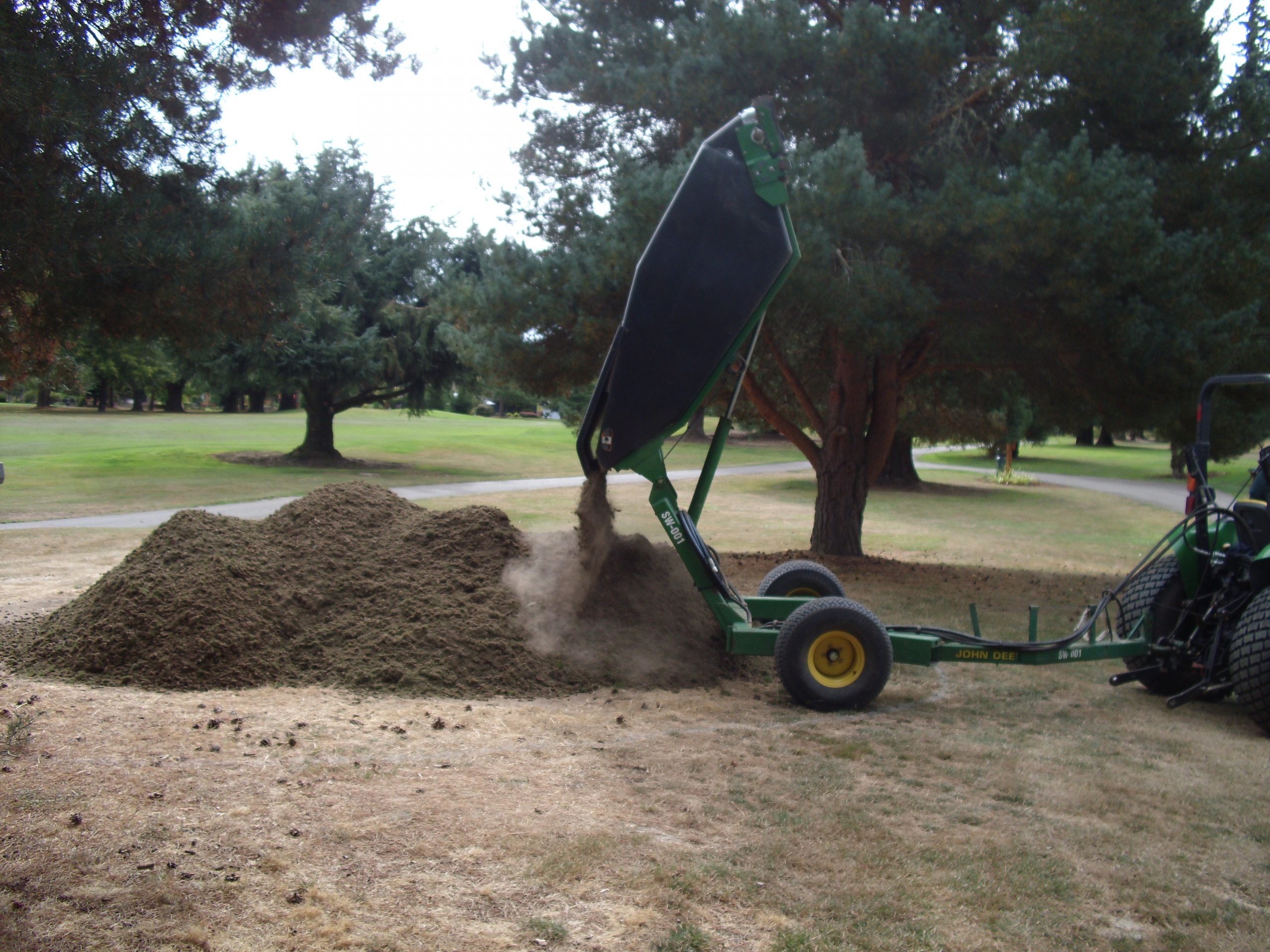 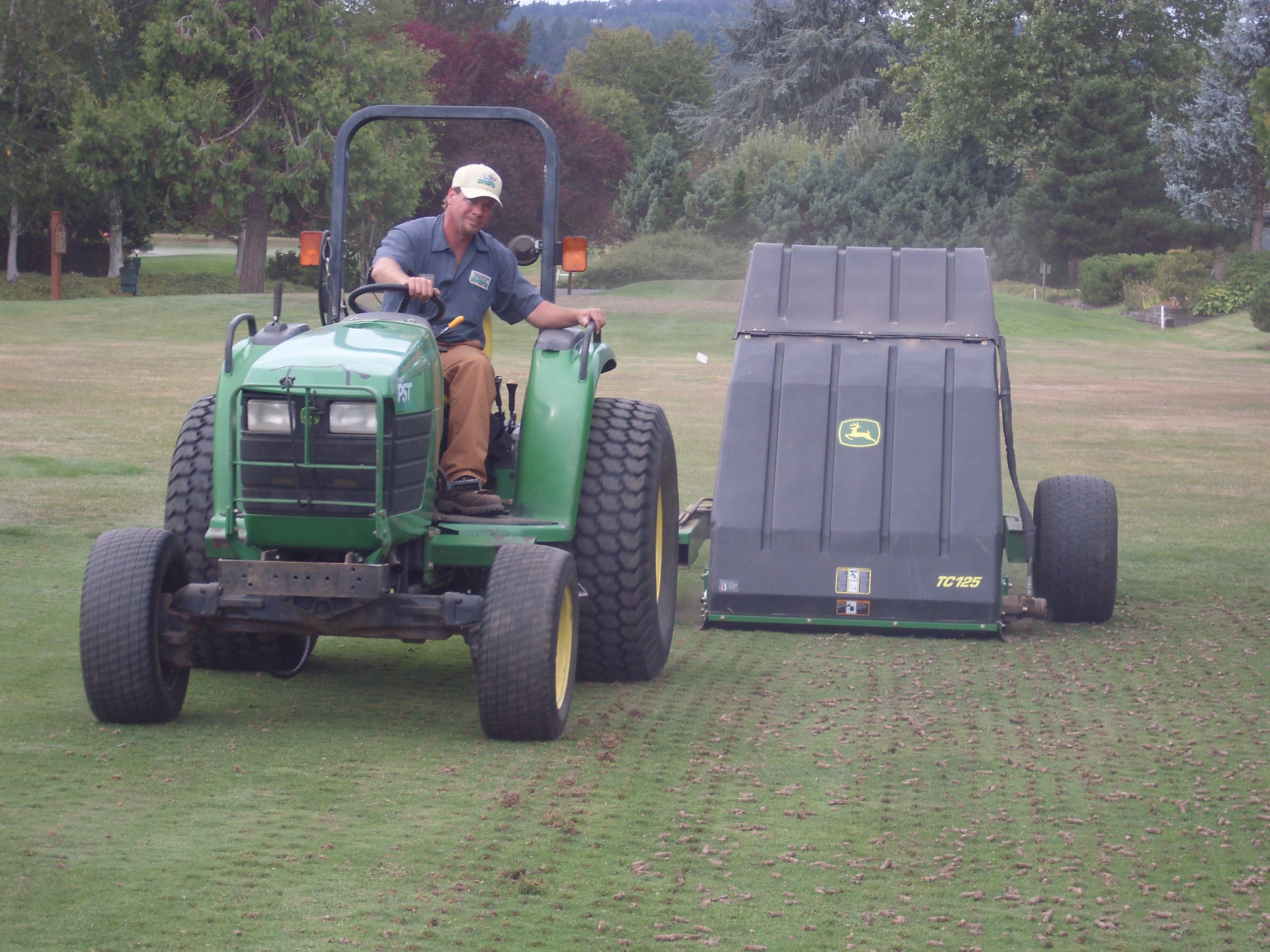